A small white box sits on a plastic folding table. Inside the nondescript package are two bags, one with heroin and the other with cocaine.

Illegal drugs were purchased on the dark web by Jeremy Kalicum and Eris Nyx. Together they founded the Drug User Liberation Front, or DULF as it is more commonly known.

“The DULF is a direct response to the failures of Canadian drug policy and the massive number of overdose deaths we’ve seen in British Columbia over the past six years,” Nyx said as she placed another box on the table, which contained crystal methamphetamine.

According to the BC Coroner Service, six people die every day from toxic illicit drugs, with 2021 being the deadliest year on record in the province with 2,224 deaths.

“People are dying,” Kalicum said firmly and urgently. “We have to stop death and that is our priority.”

“We formed as a consumer protection initiative designed to protect people who use drugs. We formed to provide people with a predictable supply of the substance they choose to use. We believe that and have shown this will reduce overdose death rates in our community,” Nyx said.

The couple believe offering a clean supply is a viable solution to toxic street drugs.

Kalicum, who is 26 and working on her master’s degree in public health, describes this supply as “accessible, reliable and safe” when it comes to potency.

“We don’t encourage everyone to go out and do drugs. What we’re saying is if you choose to use drugs, much like if you choose to drink, you shouldn’t have to gamble. with your life,” Nyx said.

Health Canada defines safer supply such as “providing prescribed medication as a safer alternative to the illegal drug supply to people at high risk of overdose”.

In British Columbia, there are some federally approved programs involving prescriptions and physicians, but they are limited in scope and not widely available.

“I live in the Downtown Eastside of Vancouver, so when I go out there are dead people everywhere, it’s horrible,” Nyx said.

A self-proclaimed multidisciplinary artist and musician, Nyx has a long history with drug use. The 31-year-old not only used substances but worked for years on the frontlines of the deadly crisis in various advocacy roles.

“It’s the exposure to death that drives you to do radical things.”

A bold approach is exactly what Nyx and Kalicum have taken since meeting at a secure supply conference in 2019.

Since then, the couple have raised money to buy illegal substances such as cocaine.

All donations are turned into cryptocurrency, especially one called Monero which is private, decentralized and supposedly untraceable.

“We both sell merchandise and crowdsource funds and currently our budget is around $35,000 a year in funding,” said Nyx, who is also responsible for ordering drugs on the dark web. 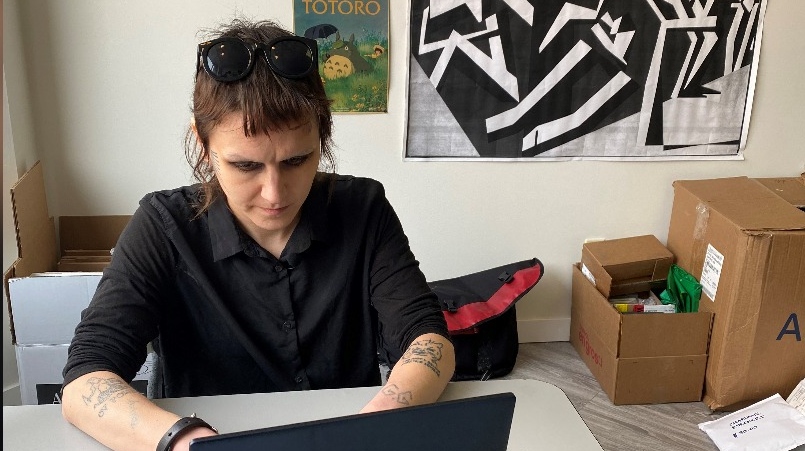 On her computer, she expertly navigates a hidden collective of internet sites accessible only by a specialized web browser.

She also always uses Canadian suppliers and is careful to never source from international vendors.

“Once the drugs have been ordered, we receive them in the mail,” Nyx explained. “Our money remains blocked until we receive the product and are satisfied with it.”

With his background in chemistry and biology, Kalicum is tasked with testing drugs for any traces of the synthetic opioid fentanyl, or its extremely potent carfentanyl derivative.

Some of the technologies used include Fourier Transform Infrared Spectroscopy (FTIR) which can provide quantitative analysis of a substance.

“We are able to access several different testing technologies to ensure drug safety and purity.” 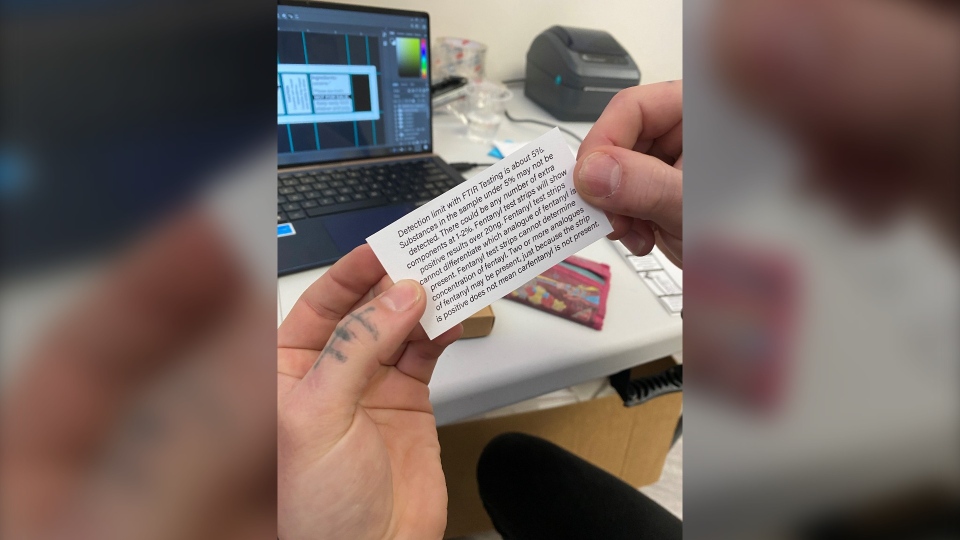 When the drugs are deemed safe, they are divided and packaged in small boxes with explicit health warnings similar to legal cannabis or tobacco.

According to Nyx, labeling is important because the DULF wants people to know “specifically what’s in every box” so they can make an informed decision about substance use.

As for who gets drugs from DULF, Kalicum says only adult members of an established user group, like the Vancouver Area Network of Drug Users (VANDU), can access the product, which is given away for free.

“No one has overdosed on any of the substances we distributed. Not heroin, meth or cocaine because it’s been tested and they know how powerful it is,” 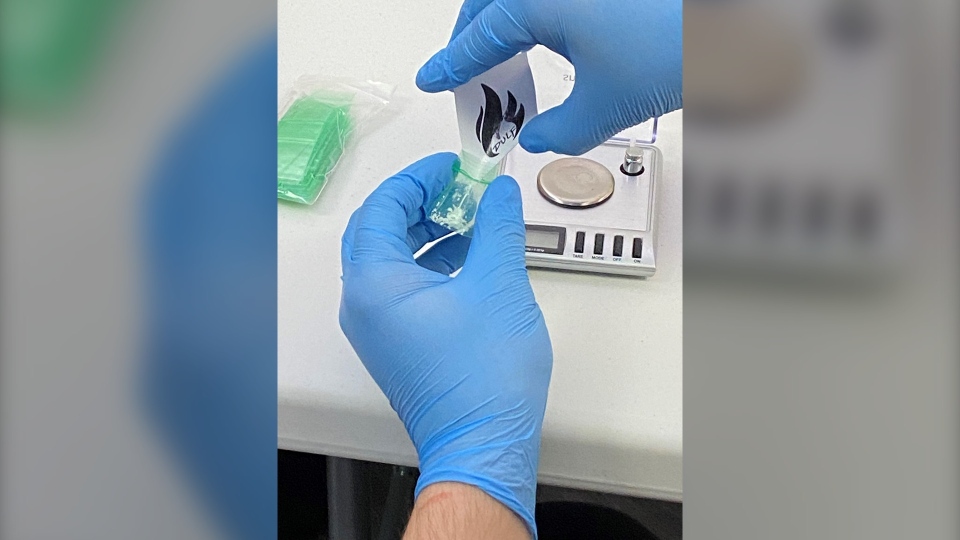 Although the drugs are not given out daily and are often only given out at safe supply gatherings, both men know what they are doing is illegal and could land them in jail.

“We have submitted a very well-documented request to the federal government requesting exemptions to the Controlled Drugs and Substances Act to continue to act as a consumer protection initiative,” Nyx said.

The DULF wants to create a safe supply center that would follow a compassion club model, where drugs are purchased from licensed pharmaceutical companies and distributed safely to the public.

To do this, the organization needs Ottawa to grant them an exemption, which they requested last August.

“We want to be able to buy in a regulated way, but without the exemption we’re forced to buy on the black market, which we really don’t want to do,” Kalicum said.

When asked by CTV News to provide an update on the status of the DULF’s application, Health Canada said it does not normally comment on applications under review.

“Each request for exemption under Section 56 of the Controlled Drugs and Substances Act (CDRAS) is carefully and thoroughly reviewed on a case-by-case basis, taking into account all relevant considerations, including evidence of benefits and risk or harm to the health and safety of Canadians.”

For Kalicum and Nyx, Ottawa’s lack of information and action is disappointing, but not a deterrent.

“The one thing we know is that if people are given drugs that are labeled, that have predictable contents, and they know precisely what they’re taking, they won’t die,” Nyx said in opening another box full of illegal drugs.

As she begins to package the product, Kalicum reaches out and begins to measure the contents of a sachet filled with meth. Like all other bags they buy, it will be carefully tested and distributed only when deemed safe for consumption.

This is how DULF and its two founders hope to save lives by offering their own version of safe supply.